A few months back in The Behavior Gap, a blog written by Carl Richards, The New York Times Sketch Guy, he asked for people to review his upcoming new book, “The One-Page Financial Plan”, scheduled for release at the end of March, 2015.

I volunteered to be a reviewer and lo and behold, he asked me to do so and to have the review come out on March 30th so here it is.

But before I review the book itself, let me tell you a little about my financial self and why I chose to even consider doing this. For most of my life, I pretty much ignored finances. I figured they would just take care of themselves if I kept trucking along, worked for a living, spent less than I earned, and put a little bit aside every month for life in the future. While I was a technician and then graduate student, I signed into the university’s TIAA-CREF plan and didn’t give it much thought after that. That was my financial plan.

Eventually, I moved to Canada to do a postdoctoral fellowship and ended up staying there, got married, 9 years later got divorced, and then became a Canadian Citizen. I also set up an Ethical Fund mutual fund at my Van City credit union because that sounded like a good idea. I got a cell phone and with my Rogers plan, someone signed me up for a gift subscription to MoneySense, a Rogers publication. I really enjoyed reading the financial articles and all their analyses of people and how they could better handle their financial portfolios and I realized, Hey, I’ve got a portfolio! And although I found myself leaning towards their Couch Potato strategy, I also liked the idea of playing around a bit. I still enjoy MoneySense’s good advice and recommend it if you want a simple, easy to read magazine about personal finances.

Mind you, I had never purchased a single stock, didn’t even know how, but somehow I had a retirement portfolio and I thought, maybe I should pay it some attention. I have to tell you I was pretty scared about the whole idea of purchasing stocks! This came from stories my Dad told me when I was in my early teens, about stocks he had purchased and had only ever lost money from them. But I had 2 uncles who swore by them and told me I should really get started and get some myself, and that they would help me.

Also, about the same time, I encountered a blog by David Bach and read one of his Finish Rich books, I think it was the Smart Women one. Anyway, I was very impressed with the idea that in order to manage your finances, you needed to have a plan and it wasn’t just about the money, it was about what you wanted to get out of life. Money was just one of many tools to make that happen. It might even be that you could feel rich without even having very much money, if you had satisfied the other aspects of life that you felt were important. I very much liked that idea and went through his exercises and filled out a life and financial plan for myself and proceeded to set about to make those things happen.

Several years later, I stumbled across Carl Richard’s blog, how exactly, I’m not sure. But I liked what I read. I liked Carl’s voice. It was friendly, honest and he admitted his own mistakes right up front. And, it was totally in line with what David Bach had told me, but even better, it took it one step further and showed me why it was so difficult to stick with these kind of plans. And David Bach had taken some time off and didn’t doing his blog for quite some time.

I also liked that Carl wasn’t trying to sell me anything, just good thoughts about how to conduct one’s life from a behavioral and financial point of view. This particular blog of his, The opposite of spoiled, about what to focus on, has really stuck with me.  Love the sketch, too!

Ok, back to my portfolio and investing. So I opened up an online brokerage account, jumped through all the hoops to do that, put some money in and started to buy a few stocks. This was in 2009. The market was really down but I thought this was just great! I could get some good stocks cheap. So I did. And it paid off nicely. I made pretty good profits and continued to expand my portfolio to the point where I’m now nicely invested with what is called a “core and explore” portfolio. I also transferred the funds from the Ethical Mutual Fund and the TIAA-CRREF accounts into it and used that money to buy additional positions. 6 years later, I have a solid core of diversified stocks and every now and then I pick up a risky but possible big winner and see what happens. The core is basically just rebalanced every 6 months or so. I like to watch it and think about it but I’m one of those people that can just watch things go up and down and not really worry one way or the other. I’m not tempted to react just because the market went down a bunch. I know it will recover so I just sit back and wait, or buy because that’s the best time to buy, when good stocks are cheap.

But hey, this is supposed to be a review of Carl Richard’s book, The One-Page Financial Plan, right?!  Enough about me. The first thing I need to admit is that I haven’t read the whole book yet, just the first couple of chapters (and I scanned the rest quickly) but I already know where he’s going and how he’s going to get there and it’s right in line with his blog and the whole idea that a financial plan isn’t just about how to manage your money.  If you try to do the money thing first, you’re already on the wrong track. In fact you can’t even begin to address how to manage your money if you don’t know what’s important to you in life.  Once you determine that, then you can begin to construct a financial plan in alignment with that. If travel is important to you then you’re going to have a very different financial plan than someone whose priority is having a get-away cabin in the woods or wants to increase the number of rooms in their house so they can have family visitors stay over more comfortably and for longer periods.

Carl is a financial adviser and the first question he asks his clients, and the first chapter in this book focuses on it, is: “Why is money important to you?” What he notices when he asks this is that people often start off with simple answers but when he keeps drilling down into it, they start to get pretty specific. So you might answer “I want to feel more secure”. But what does that mean? Secure means I want to own my home and not have to pay a mortgage. Now he can look at your resources and you can begin to put together a financial plan to make that happen.

As in his blogs and articles, Carl’s voice comes through in an honest and friendly manner; like he’s right there in the chair across the desk from you and you’re just having a conversation. And his sketches are scattered throughout the book to emphasize the points he’s trying to make. I think this is a great selling point and one of things I most like about Carl Richards. Some people are word-oriented thinkers and others are visual picture-oriented thinkers and this book takes care of both of them.

I also like his “laid back” approach using such phrases as the one I started off this review with and his “no shame – no blame” attitude. The whole shoulda coulda woulda approach is defused right at the outset. I also like that he says that whatever plan you come up with, it’s only a best guess for the moment. Your life is going to change, your circumstances will change, your goals will probably change and so you have to be prepared to change this plan. It’s not written in stone, rather modeled in clay that never really sets up and you can remodel it any time you feel the need.

When you go through this process and drill down, then you look at how you’re actually spending your money. Does it align with what is really important to you? So you said that what was most important was spending time with family but when you look at where your money is going, you keep buying clothes and new electronic toys. So there is a disconnect that you might want to look at and address?

I think you get the point and can see the value that Carl’s advice and point of view can offer you. I am a big fan of his and highly recommend that you spend the money and buy Carl’s book. You won’t be disappointed and your financial life and plans will definitely take a turn for the better. And while you’re at it, why not get a copy of his first book, “The Behavior Gap”? They complement each other nicely and belong on every DIY investor’s book shelf. 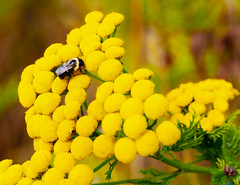 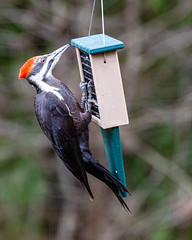 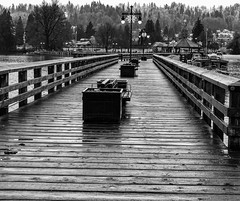