In previous posts about our street, I talked about the issue of Canada Post’s decision to stop delivering mail to the residents on our street.

In this post, I’ve tried to extract the most relevant and important information to the issues currently facing us on Gatensbury Road from the Moody Centre Neighbourhood Traffic Study: Final Report that was generated in 2007.  The report is 86 pages long and very interesting reading but contains lots of other information that didn’t speak directly to our problems on Gatensbury Road.  You can download it for yourself here.

Hopefully, in this post I’ve taken what you need from it to understand our frustration, 9 years later, with the current situation.

The 2007 report opens with the following statement:

The City of Port Moody has recognized the need for a review of traffic operations in the Moody Centre residential area to address resident concerns regarding traffic growth in their neighbourhood. The Moody Centre neighbourhood is bound by Albert and Moray Streets to the west and east, St. Johns Street to the north, and the Port Moody border to the south….

Despite these measures, residents have continued to express concerns regarding traffic volumes on local streets. The purpose of this study is to determine the extent to which through-traffic is using neighbourhood streets and recommend appropriate traffic calming devices based upon the results.

The following general issues were identified:

Surveys were distributed to Moody Centre residents which clearly showed that they desired more traffic calming.

Both short and long-term recommendations were proposed.

A composite figure, E-2, was generated and included in the report which visually showed and compared existing, short-term and long-term proposals.  In order to present and better understand it, I’ve separated the figure into the 3 distinct sections, (A) Existing conditions, (B) Short Term recommendations, and (C) Long Term recommendations and increased the visibility of the letters in the drawing.

Here’s what existing conditions were as of 2007:

As you can see, there were 5 specific areas of concern designated A-E. In particular, I’d like you to pay specific attention to point B, the fact that the wide lanes encourage speeding!

To address these issues in the Short term the report recommended:

specifically, the report recommended that the city:

To give the city its due credit, for the most part, these changes were implemented. The cost for these changes was low and the hope was that their implementation would solve the most important problems: wide lanes that encouraged speeding, and better lane definition and separation by installing physical barriers –  raised center medians.

Here are the raised medians (labelled “C” in the Short Term Recommendations above) East of and at the Noble CT intersection that were installed.

As you can see in the Photos 1-3 above, the recommended raised medians were installed with improved signage.

Let’s look now at the Long Term Recommendations from the report.

And we need to remember that these Long Term Recommendations were made in 2007, almost 9 years ago!

Proceeding down the list, first point A.  As you can see the right hand turn lane has not only not been removed but the arrow has been refreshed since its original installation.

How about point B, install sidewalk from Noble Court to the border where Port Moody becomes Coquitlam?

In Photo 2 above and in Photos 5-7, you can see that the recommendation to install a sidewalk never came to pass.  What I’ve heard is that it was judged too expensive.  See my discussion about that further down in this post.

The same photos show that Point C has also been ignored.  Also in Photo 6, you can see that there isn’t much room to walk up the hill on the uphill side of the street.  And as soon as you turn the corner, you’re invisible to cars!

While we’re at it, I’d like to illustrate a couple more issues on Gatensbury that need to be addressed.

First, the leakage seen in Photo 8.  I’m not sure where this comes from but this seepage is continuous and has been since before we moved into the neighbourhood in August of 2014.

It is unsightly but even more importantly, when it gets cold enough, it freezes into a sheet of ice that extends from the wall to past the drain you see.  It even goes into the street so that if you’re walking down the hill, you have to actually walk into the traffic lane to avoid it and keep from slipping / falling on it.  I’ve never seen any sand or salt put on it to make it safer for pedestrians.  This needs to be addressed and ideally not at the salt and sand level but actually stopping the seepage at its source.

Photos 9 & 10 show 2 additional issues- bent and missing reflectors in the the median reflector strips and potholes.

These potholes have been getting worse and most vehicles swerve to avoid them, which is why they hit the reflectors in the median strip because this is a particularly narrow part of the road and are right as you come out of a very sharp turn uphill.

Photo 10 shows another common problem.  Note the fresh tire marks at the sharp corner coming down the hill where there is a sharp turn before you get to Noble Court.  As you can see, the vehicle “cut off” the corner and went over the walking path.  I’d hate to be coming up the corner when a vehicle did this.  At the very least, it would scare the sh*t out of me and at the worst….

Photo 12 is just one instance of many along the Port Moody section of Gatensbury Road where people think it’s ok to throw their garbage.  Baffles me.  Didn’t their mothers tell them this was not allowed!  Yes, our street does look a bit more “wild and natural” than many others but wild doesn’t mean it’s a place to dump garbage!

Ok, time to look at some of what’s been done that’s a good thing. 🙂

Photo 13 shows a sign indicating that Gatensbury Rd is a designated cycling route and on the street, especially in the Coquitlam section, there are cyclist indicators also painted onto the road.  Unfortunately, it is a very steep hill and only very avid, strong, fit cyclists can manage to ride up it without dismounting from their bikes.  And cars can really make it scary for the cyclist.  My step-daughter has been run off the road by cars not giving way and going by her at high speeds.

The raised reflector strips in the centre of the road do help keep cars on their side of the road.  Having said that, we periodically hear the repetitive clicking of cars that are actually hitting them as they go up or down.  That’s why they are bent or missing in places.

There are good reflector strips on the concrete barriers that are quite visible and helpful at night.

Where Do We Go From Here?

I have only touched on some of the major issues that we currently face re Port Moody’s Gatensbury collector road.  In the final report it specifically states:

While both visual and physical narrowing of lanes can result in reduced speeds, it should be noted that placement of raised center medians on a road such as Gatensbury – which has steep grades, horizontal curves and limited sight distance – can increase the risk of fixed-object collisions. However, the severity of a fixed-object collision with a raised center median is typically less than the severity of a head-on collision, which is the collision type that the medians are intended to prevent.

So these are a middle-of-the-road compromise (pun intended!).

What has been done

Centre medians were added, road signs added, cycle route status granted, lots of reflectors placed, turning arrows and lane designators repainted.  All these improvements are fairly inexpensive upgrades to address the issues of vehicle and pedestrian safety.  But are they enough?

What hasn’t been done

The downhill right turning lane into Noble Court has not been eliminated, the boulevard improvement didn’t happen and no new sidewalks have been added going uphill from Noble Court.

What needs to be done

We need sidewalks if Gatensbury is going to retain the important collector route status that it has assumed.  It will be even more critical to do this when the Evergreen Line goes live because traffic will definitely increase, both vehicular and pedestrian.

We have heard from Mayor Clay who proposed other options such as closing the road to traffic. Again, the whole reason for such an approach is to improve pedestrian safety without having to spend any real money.  Yes, people would adapt to such a solution but it is not the best solution for all parties involved.  We want more people to be able to get to the new Evergreen line from Coquitlam and we want to see our city grow.

Our neighbourhood was developed and built in the late 1950s and early 1960s.  Gatensbury Road was originally a dirt road with little in the way of traffic.  The city and the surrounding cities have grown and will continue to grow.  We need our street to grow with them.

In the 2007 report it gave 2 budgetary estimates for installing sidewalks: (1) a high end solution costing about $800,000 with high curbs, a gutter and cement walks etc. and (2) a low end solution with asphalt sidewalks adjacent to the existing drainage system costing about $300,000.  As these estimates were from almost 9 years ago, the costs are certainly a bit more now.

When we presented our case to council, it was specifically noted by counsillor Dillworth that we made a strong case for increasing pedestrian safety but that in her opinion the political will was not quite there, yet.

Well, the squeaky wheel does get the grease and we will continue to squeak until we are heard and the political will “greased”.  Bottom line: the longer the city waits, the more it will cost.

There are more people movement issues in Port Moody Centre that the report covers in greater detail, especially in areas directly adjacent to Gatensbury Road.  I have tried to give a fairly complete picture here about our little piece of road as presented in the 2007 Final Report.

P.S.  I recently attended an interesting meeting/workshop held by the Port Moody Transportation Committee to discuss strategic approaches to other Moody Centre traffic problems and they do have some additional ideas about Gatensbury Road.  I’ll discuss what I learned that evening in a future post. 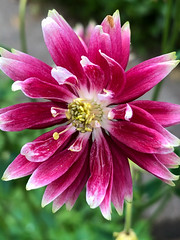 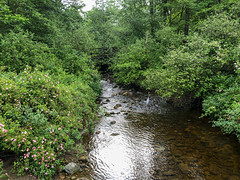 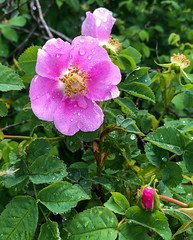