J had never seen the large redwoods and I hadn’t seen them for over 50 years  and being tree lovers, we decided it was time to remedy that deficiency.  She was on spring break so we planned a little holiday to drive from our home outside of Vancouver, BC  down the Washington and Oregon coasts to Northern California and the Humboldt Redwood State Park, home to some of the largest and oldest of these trees.

We also had friends and relatives that we wanted to visit along the way so it looked like a win-win no matter how we set it up!

We left town after a relaxed breakfast and the first stop was at REI in Bellingham to look at some packs for J and I.  I’ve been a longtime member of REI and often shop there for outdoor gear when I’m traveling to Seattle.  We tried on a bunch of packs and I sorta liked one of the Gregory daypacks but decided not to buy it right then.  J also tried out several backpacks and nothing struck her fancy and demanded to be purchased so we headed on down the road.

Our next stop was in Fairhaven to have lunch at the Colophon Cafe, one of my longtime favourite eating places that J had never been to.  We enjoyed a great lunch and the plan was to head down the Chuckanut Drive but as we turned onto it, there was a sign that said road closed in 5 miles.  We drove a bit of it anyway, got a couple of views, turned around after about 3 miles and headed back onto interstate highway, I5.

The next plan was to head over to the Northern tip of Whidbey Island via La Conner.  We turned too soon and ended up taking what turned out to be an unintended tour of downtown La Conner and were rewarded by our mistake with a viewing on one of the fields we passed of the largest conglomeration of snow geese that either of us had ever seen.  After quickly driving around La Conner, we turned around and stopped briefly for J to take a pic of all the geese.  There were thousands and the field looked like it was just covered in white birds.

Back on track, we headed over to Fidalgo and Whidbey Islands where we drove the highway down Whidbey Island to pick up the Clinton-Mukilteo ferry back to the mainland.  You disembark about 25 miles North of Seattle, where we were headed to spend the first night with my daughter and son-in-law at their place.

Got to Seattle in the middle of rush hour and after getting off I5, we managed to get to their apartment at a reasonable hour.  They live just a few blocks from the famous Seattle Space Needle, which is a nice place to view the city from if you have the time.

Spent some time with them and their friends at a game night.  Then back to the apartment for winding down and calling it a day.

After a nice breakfast, we headed down to the Seattle ferry port where we boarded the 11:10 AM Sealth to Bremerton. Coming into Bremerton was quite the scene as we passed a huge Naval Battleship in the port.  Bremerton is a US Naval port and has many such ships.  Once we disembarked, we headed West on Route 3 to eventually merge with Highway 101, our main route down the coast for the rest of the trip.

Day 2 was fairly uneventful at first until we realized the distance we had to go to get to friends we were staying with in Roseburg, Oregon.  Oops, boy were we in for a long day! Well, that’s what happens when you don’t sit down and plan carefully.  This was kind of a spur of the moment trip and we resisted planning.

So we stopped at a few viewpoints and then headed inland to pick up I5 again at Salem so we could get to our friends before midnight!!  Original plan was to arrive at a late dinner time, LOL!  Boy did we mess that one up.  Let’s just say dinner was VERY late! Here’s a shot from one of the view points and another I took from the car while driving!

And that was Day 2’s scenic memories.  J has lots of photos of the bridge and causeway going from Washington into Oregon but better for memories than blogging 😉 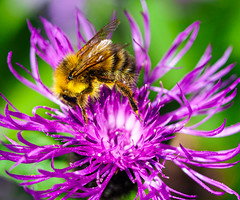 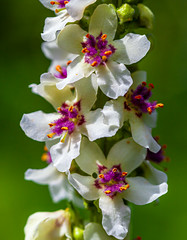