If you haven’t been following my story about the street I live on, Gatensbury Rd, in Port Moody, BC, you might want to start here and catch up on the issues before you continue reading this post.  Or not.  Hopefully, this post will give you a bit more information.

I certainly learned a lot while doing the research for it!

On the FaceBook page dedicated to our road’s issues, Lori’s slide presentation, and during our appearance before council, I kept hearing Gatensbury road referred to as a Collector road.  And I realized I had no idea what they were talking about.  Did that mean that garbage and recycling was collected there?  Did this mean it was valuable and people wanted to keep it for themselves? Was this a government term?

Ok, time to do some research.  So I did a bit of internet “googling” and came up with a whole bunch of interesting information.  I even learned a new word – grubbing – which refers to digging up and removing trees and shrubs and their roots to clear the roadbed when it’s being prepared during layout and construction.  Comes from the verb, to grub, which is derived from those pesky insect larvae, you know, the grubs!  Really, no lie!  I like that name, The Grubs.  Sounds like it should be a new TV show about a down-to-earth family (pun intended).

But I digress.  So what did I learn?

I found a document on the British Columbia Ministry of Transportation site that deals with access and design.

And in this subsection of that document:

The Engineering Branch of the Highways Department develops all road construction guidelines. Guidelines for subdivision roads can be found in Chapter 1400 of the Ministries BC Supplement to TAC Geometric Design Guide. Requirements for geotechnical design can be found in the ministries Geotechnical Design Specifications for Subdivisions publication.

Drilling down to the Supplement to TAC…. I found this in the Table of Contents:

Ah! Now we’re getting somewhere! The 3 designations that are most relevant to the issues we face are the classifications for Arterial/Primary, Collector/Secondary, and Local.

Gatensbury Road is a Collector Road

Here’s the descriptions of the classifications.

1420.02 ROAD CLASSIFICATION
1420.02.01 Arterial/Primary
A general term denoting a road primarily for through traffic usually on a continuous route. Direct access to abutting land is not a priority.
1420.02.02 Collector/Secondary
A road that provides for traffic movement between arterials and local streets with some direct access to adjacent property.
1420.02.03 Local
A road primarily for access to residences, businesses, or other abutting property.

So now we have working definitions of the kinds of roads we’re dealing with here.  Let’s keep this information to hand as we take a look at how Gatensbury Road is situated re the issues we face.

If you look at the google map image above, you can see that there are  2 East-West arterial roads, St. Johns Street and Como Lake Avenue. For vehicles to transit North-South between them there are only 4 Collector roads.  Going from West to East they are Clarke, Gatensbury, Moray/Thermal, and Mariner. Here’s a link if you want to see even more detail. Important to note is the fact that both Clarke St and Moray/Thermal have a continuous sidewalk between Como Lake Ave and St Johns St.

If you look at the terrain, you can see why the roads are routed the way they are.  They are the best ways to go, although looking at the map there might be possibilities to link up the Northeast terminus of Harbour Drive or Fresno Place to Terra Vista Place.

Unfortunately, just looking at the map doesn’t really tell me whether the terrain or geological conditions would favour such linkups. But even if it was possible and you did do that, Harbour Drive would not be considered a Collector Road because along most of its length it is a local road with single family homes and a few side streets.  And I suspect many of the residents would strongly resist such a connection.

Ok, back to Gatensbury road.

Zooming in on the map above shows that Gatensbury Road is indeed a Collector/Secondary Road as defined above.

Not only that, but according to Google’s Live traffic indications, the traffic on Gatensbury is fast!  That is not so surprising because even though the speed limit along the entire length of Gatensbury Road is posted at 30 km/hour official measurements have the average vehicle speed at 54 km/hour! Think about that for a second.  An average means that some cars go slower and some go faster. What that means is that for every time somebody drives 30 km/hr, someone else has driven the same route at 78 km/hr!!  And make no mistake about it, I have seen cars that are being driven that fast both up and down our road.

Also, you’ll notice that on the lower and Northernmost half, it is designated as a road and on the uppermost and Southernmost half, it is a street. This a minor technicality because that is where the border between Coquitlam and Port Moody lies and in Coquitlam it is named Gatensbury Street.  That does not affect its Collector Road classification.

That means more cars, driving rapidly up and down our street and more pedestrians going to and from the skytrain station.  Like I said in my previous post, this is a tragedy in the making.

When we appeared before council (Item 3, fast forward to minute 20:50) , one of the suggestions by Mayor Clay was to change the designation and close the road to traffic or just make it one way, etc.  As I told him there, I think that is too simplistic a solution to just suggest without giving it a bit more study and thought.  It does, however, have some merit and is worth considering.  In the final analysis though, I don’t think this will solve all our problems, just a couple of them.  And it will create others, some of which we can’t even envision at the moment.

I think this is a good place to end this post.  In the next “chapter” of this ongoing story I’d like to delve a bit into local transportation plan history and discuss the recommendations from previous studies and strategy plans.

I hope you’re having as much fun following this story as I am in having in telling it! 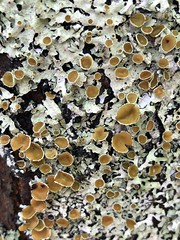